Acoustic adaptation of the listening room is the basis when working with sound, it is also necessary to obtain high quality audio for e.g. Audiophiles. Even the best speakers will not play well in an unadapted room. When selecting loudspeakers or studio monitors, we should take into account the size of the room in which they will be standing. It is not worth taking speakers with a large diaphragm, which are able to generate very low frequencies if you plan to set them in a small room. The effect of a standing wave and the abolition of the waves in front of the phase can make low frequencies even less with speakers with a much smaller membrane. It is considered that the best setting of sound sources is that they play along the long wall. Thanks to this, we are able to “develop” the sound waves, mainly the lowest frequencies, which may be as long as 10 m. In addition, there is a natural attenuation of sound waves in the air. However, a different speaker setting does not disqualify the room, you can still get great results using the appropriate acoustic panels. Room geometry is also a very important acoustic factor, but rather rooms that have a square as a basis are avoided. The rooms with a rectangular shape will be much better. Irregular walls can have a positive effect on acoustics. When we choose a room, we designate a place where we set the equipment, we should start thinking about placing appropriate acoustic panels, ie start acoustic adaptation.

Acoustic adaptation of the listening room

The acoustic adaptation of a small room as well as a radio station, a living room for listening to music and a music school are small but acoustically demanding spaces. In contrast to large concert halls, such spaces should be designed in such a way that they are neutral, and only add a very delicate character of the room in the sound being played or recorded. One of the first methods to design such spaces has been described by Don Davis and Chips Davis and is the technique called? “Live-end-dead-end LEDE”. It assumed the creation of a zone strongly absorbing sound waves and zones strongly disperse sound waves. Then the LEDE technique was developed by D’Antonio and Konnert, who introduced practical ways to provide a reflection free zone (RFZ – Reflection-Free-Zone). They also suggested marking the place of the best listening session, the so-called Sweet Spot. This is a place where stereo sound reaches both sides at the same time. Over the last two decades, the RFZ project has been useful, and as a confirmation of this fact has been used in more than a thousand objects. In order to apply the presented techniques, you can use Addictive Sound acoustic panels.

Acoustic adaptation of a room or a small room, for example a listening room, is quite a challenge, the biggest problem is frequencies below about 500 Hz. The best to plan on them will be Broadband Absorbers and Bass Traps. Bass traps (bass traps) work great in the corners of the room, because it accumulates the most low frequencies in them. In the first place, it’s best to set them in the corners behind the sound source. It is not necessary to set the traps from the ground to the ceiling. One bass trap in the corner will compensate to some extent and reduce the reverberation time for frequencies around 50-250 Hz. However, putting two traps on top of each other can bring even better results. In other corners, you can also set the bass trap.

Broadband absorbers can be used properly in any place of the room to improve its acoustics. The only thing to pay attention to is not to dampen the room too much, hanging too much, because too short reverberation time is also not indicated. The location of absorbers is best started from the first places of sound reflections, in accordance with the RFZ technique. On the internet, you can find movies and guides on how to find the first sound reflections. After hanging on the side walls, it is worth placing the panels on the ceiling, also in the place of the first reflection. Thanks to hanging the panels on the wall behind the speakers we will get even better control over low frequencies. Absorbers can also be behind the listener, despite the fact that the LEDE technique suggested that sound diffusion systems should be placed there. If we do not want to invest in diffusers, and the shortening of reverberation time is enough for us, putting the absorbers on the wall behind the listener is definitely advisable. Broadband absorbers can be considered as the basis of any adaptation, have the greatest impact on acoustic adaptation. 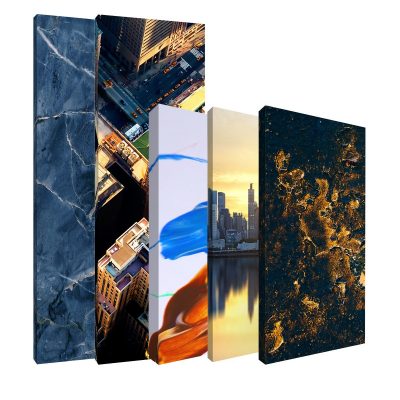 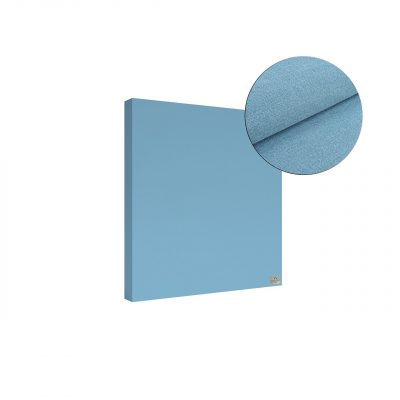 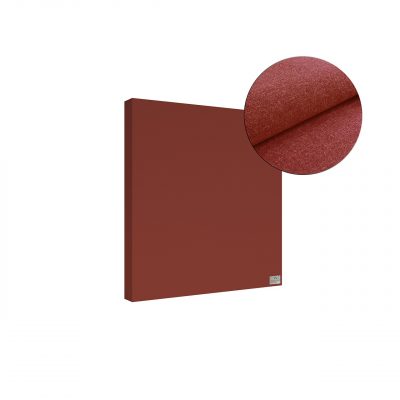 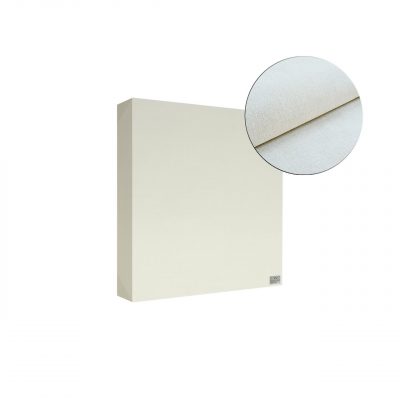 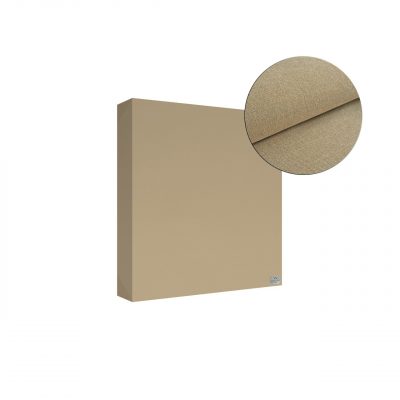 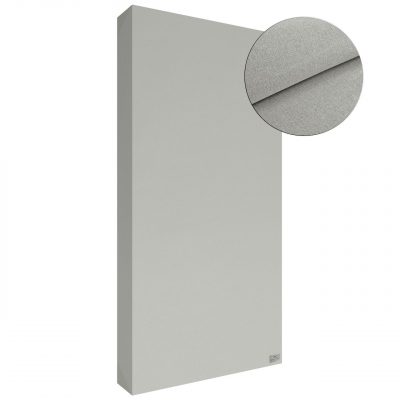 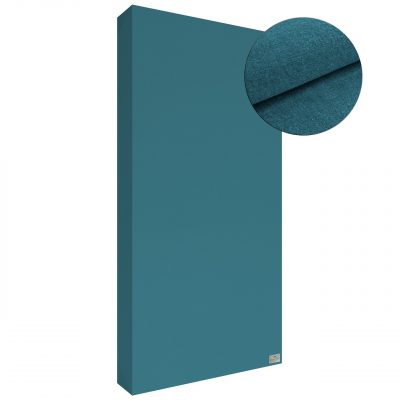 Arrangement of acoustic diffusers – acoustic adaptation of the room

The arrangement of acoustic diffusers is limited by their distance to the listener, which affects the acoustic adaptation of the room. Depending on the lowest frequency that a given acoustic system may be distracting, the distance from the listener depends. It is assumed that they should be at least 1 m from the listener to properly disperse the sound. In a large generalization, the diffusers make the sound in the room sound like a much larger room. Mostly, they are recommended to be located behind the listener, but are great for placing on the side walls in the place of the first reflections, and even on the wall behind the speakers. With such a situation, many people subjectively state that they hear the larger “soil” of the room. In addition, our Addictive Sound store contains hybrid acoustic panels that combine absorbing and scattering properties. However, what if the room is not a perfect rectangle or square if there is a window or door in the place of the first reflection, if it is not possible to place the symmetrical listening to the walls? Please remember not to disturb the stereo image, which is extremely important for the reception of sound. We recommend using our professional advice in this case. 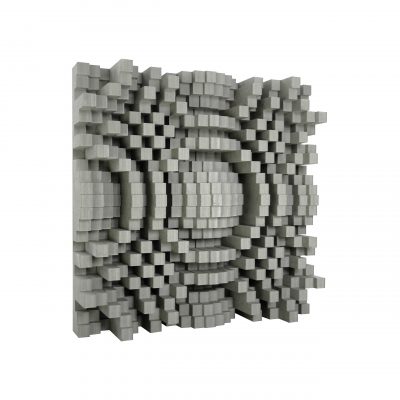 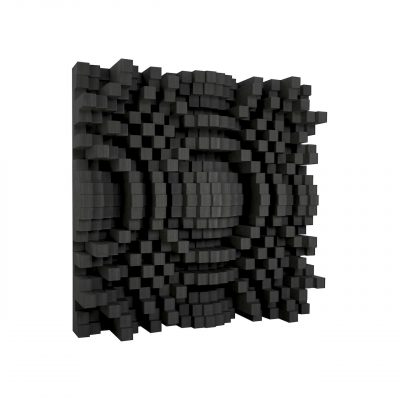 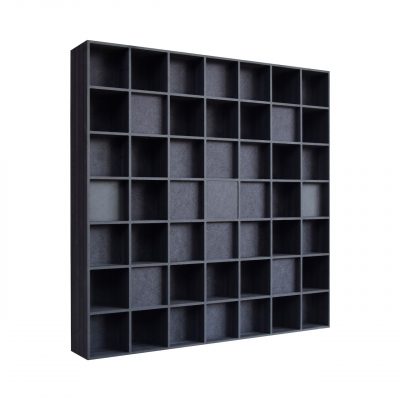 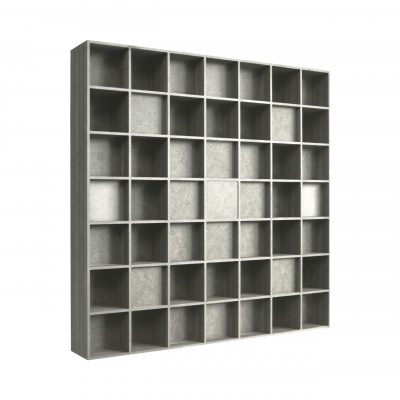 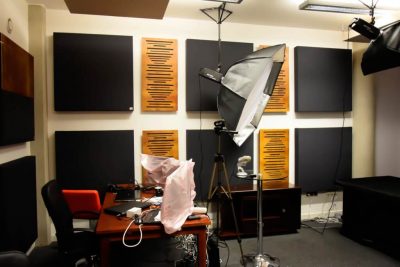 ACOUSTIC ADAPTATION OF THE LISTENING AREA

We offer professional acoustic adaptations of office rooms, conference rooms and waiting rooms. In office spaces in which many employees are staying, reverberation problems arise. Phone calls, discussions and conferences are just some of the reasons for the discomfort of being in such places.

We make acoustic screens of any size, virtually unlimited. Thanks to our products, you can control the acoustics and enjoy the work in silence, which results in better well-being and greater focus on the tasks performed.